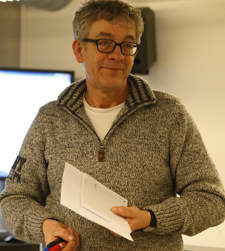 'I am born in Utrecht, 58 years old, married and father of two daughters. After high school I have completed a bachelor study In Human Resource Management. Then I followed the university study of Public Administration (political science). I have worked among others as Head of an HR department in the youth care and welfare sector. Then I worked about 14 years as an self-employed interim manager in various branches. Before I came to work at Acapa (2010) I had virtually no knowledge of the circus world. As interim-manager I had only managed a project which aimed to investigate whether there were opportunities to provide artists with work (small jobs) in the school care (for children aged 4-12 years).'

Town councilor in in the municipality of Weststellingwerf (Friesland, province in the north of the Netherlands)