“I don’t do styles; I play music. Not classical, not jazz, not pop, but any music that speaks to me and is a true expression of something. I am particularly curious about the music that lies between the styles.” Although Ties Mellema is undisputedly a virtuoso on the saxophone, he sees himself first and foremost as a musician. His craft is expressed in his continuous exploration of the outer limits of music.

From classical and minimal to improv, funk and jazz – Mellema has inhabited the space between the established styles and disciplines for over 20 years. He plays all saxes, but the baritone sax in particular, suits him down to a tee; a large instrument that demands the player goes to the extreme, in every aspect.

Taking on and then overcoming challenges and telling a story are always at the heart of his work. Whether it’s the false-polyphonic cello suites by Johann Sebastian Bach on baritone saxophone, the monomaniac Gradus by Philip Glass or the extreme free jazz by his hero John Coltrane: Ties always goes in search of the boundaries of disciplines and the possibilities on his instrument. He continuously challenges himself to retell the music’s story. He lets his instrument speak – as opposed to sing, as is normally the case.

His multi-facetted style of working has brought Ties worldwide recognition and collaborations with, to name but a few, Gustavo Dudamel, Concertgebouw Tracks, MTV, Tania Kross, the Four Baritones, Hans Dulfer, Remy van Kesteren  and Rembrandt Frerichs. Together with director Jos van Kan, composer Ian Wilson and stage designer Michiel Voet Ties made The End of Desire: a personal and abstract music theatre performance in which he incorporated his injury—an accident that almost meant the end of his career as a musician.

In 2015 Ties fell seriously ill for a number of years and besides playing the saxophone he began composing with electronics. After 20 years of playing in the Amstel Quartet, which he co-founded, Ties decided it was time to follow his own path. He claims that since then, he has been making more intense and specifically more intuitive music. You can hear that in his concerts and his own compositions. On stage Ties tells a compelling story that draws in the listener and takes him along on an auditory journey. 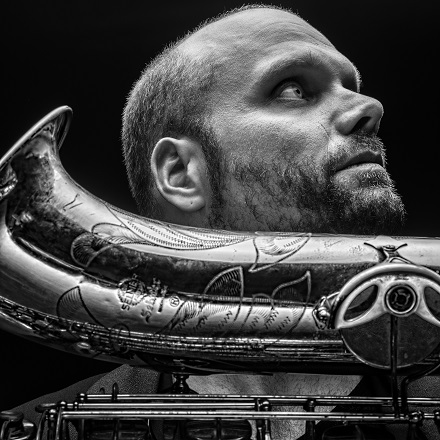