Monique Heidema is a highly regarded Dutch cellist and educator. Combining a deep expressiveness with thoughtful musicality, she is well known in particular for her chamber music performances in a wide variety of styles, and performs regularly with other outstanding Dutch and international musicians.

In addition to being  on stage regularly, she is an inspiring and committed teacher.

Her motto is:
" Everyone who wants to learn to play an instrument has the right to receive highly qualified instruction! "

In this capacity she is Professor for the Bachelor, Master and Young Talent programs at :
Conservatorium te Amsterdam Sweelinck Academie
Academy of Music and Performing Arts Tilburg (conservatory)

In 2018 she founded the OCRUM MUZIEK FESTIVAL in the city Breda, Netherlands. Every year the festival take place in May/June and each year it has a different musical theme.

Because it is so important to Heidema that music is a means of connecting, during this festival many different kinds of musicians work together: professional, amateur, student, young, old and in between Ocrum Muziek Festival

Monique Heidema commenced her cello studies at the relatively late age of 16. She studied at the Sweelinck Conservatory in Amsterdam under Jean Decroos and at the Royal Conservatory in The Hague under Monique Bartels.

For many years she was a cellist with the Rotterdams Philharmonisch Orkest and she has performed as a soloist with various symphony and string orchestras.

She was a member of cello8tet Amsterdam, the Doelensensemble Rotterdam.

She has performed in recital not only in the Netherlands, but also in France, Spain, Taiwan, Sweden, Belgium, Canada, Czech Republic, Liechtenstein, Hungary, United States of America and Russia. She recently made a successful tour to Taiwan and she has performed to sold-out audiences in St. Petersburg at the Philharmonie and the Hermitage.

Monique is frequently invited to teach in masterclasses and workshops, both at home and abroad. She has given masterclasses at the Conservatoire Superior in Salamanca (Spain), at Dordt in cello, (Dordrecht, Netherlands) at the Cello Biennale Amsterdam, at the Universities of Tapei and Taichung (Taiwan) and at Marienbad Nocturnes in Marianske Lazne (Czech Republic), during the Ervin Schiffer masterclasses in Hungary. She has also been invited to teach at the Talent Music Summer Courses in Villa Vecelli Cavrini, Verona (Italy) in 2021.

Monique Heidema plays on a beautiful cello made by Romeo Antoniazzi (1920, Cremona) and is grateful to the Dutch Fund Nationaal Muziekinstrumenten Fonds for making this possible. 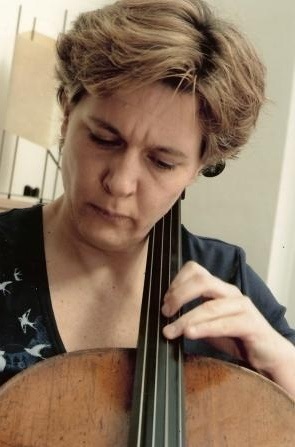