Martien Maas studied classical piano with Ton Demmers at the Brabants Conservatorium in Tilburg, and took masterclasses from György Sebök and Ivo Pogorelich, among others. He graduated with a bachelor’s in classical piano (1988) and a “Performing musician” diploma (1990). He also received diplomas in piano accompaniment (1992), wind band conducting (1988), and music education (1987). Martien is active as a soloist, accompanying pianist, and conductor. As a pianist, he has performed with Steven Mead, Peter Damm, and Walter Boeykens, among others. He has appeared on radio and television, and recorded several CDs. He has also performed extensively outside of the Netherlands, in Germany, Belgium, Switzerland, Austria, Czech Republic and Spain.

Martien is currently a teacher, an accompanying pianist (corepetitor), and the chairman of the examination board at the Fontys Hogeschool voor de Kunsten. Many of his former students now hold positions in professional orchestras or ensembles. Martien is also active as a freelance pianist and conductor. 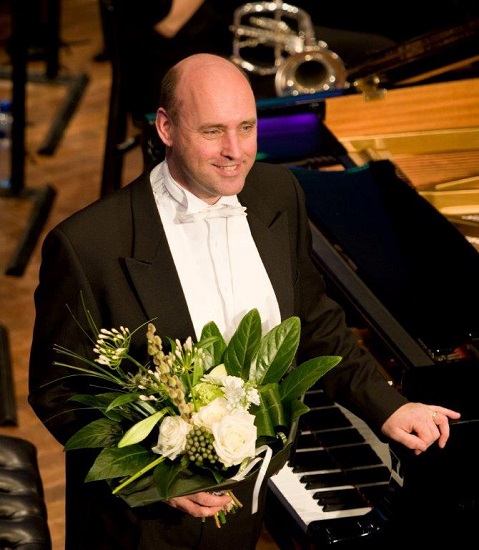