Maino Remmers was born on 25 February 1959 in 's-Hertogenbosch. As a boy soprano of the Schola-cantorum choir of St. John's cathedral, Maino had his first musical experiences. He soon became soloist and stayed with the choir until he was 24 years old.

Encouraged by the then conductor Maurice Pirenne (musicologist, composer and organist), Maino decided, after having rounded off secondary school, to start studying singing. At the Brabants conservatory, Marius van Altena advised him to wait a few more years because his voice was still developing. In the meantime he could start studying musicology. Maino followed this advice and in the period of 1977 - 1985 he studied musicology, mass communication, choral conducting and organ at the university of Utrecht. In 1985, he graduated by writing an instrumentation method for big band and didn't want to become a singer anymore.

As a student, Maino became totally fascinated by light music. He started The Remmers Big Band which performed at a number of gala nights and important events. After graduation, he stopped doing this and started to work as a freelance composer, arranger and conductor.

As a conductor, Maino worked with various famous artists, such as Cubop Big Band, Benjamin Herman's New Cool Collective, Denise Jannah, The Rosenberg Trio, Bob Brookmeyer, Azucaraba, Gerald, Berend Strik (theatre), stand-up comedian Kees van der Zwaard, Jan Verwey etc, etc, but also with the Fanfarekorps Koninklijke Landmacht and the Europees Jeugd Orkest.
At the moment, Maino is the conductor of Big Band Oss, the Tilburg Big Band, the Mid West Band (police big band) and the salsa formation La Ritmica '93.
Since 1997, he teaches arranging classes at the Brabants conservatory and furthermore he is a consultant for the International Composition Contest in Helmond. 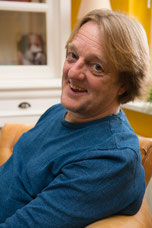