Sharing knowledge and craft with the younger generation keeps me on point. More info about my vision on teaching you can find via this link.

Dutch flautist Leon Berendse is a renowned orchestral principal, soloist and teacher. He holds the position of solo flautist with the Netherlands Philharmonic Orchestra and teaches at the Fontys Hogeschool voor de Kunsten in Tilburg.

As a soloist Leon performed both Dutch premieres of Christopher Rouse’ and Peteris Vasks’ flute concertos at the Concertgebouw Amsterdam with the Netherlands Philharmonic Orchestra. He also toured Europe, the Americas and Russia with Combattimento Consort Amsterdam, playing Bach’s Suite No. 2 BWV 1067 amongst other pieces.

Leon has held the position of solo flute at the Netherlands Philharmonic and Chamber Orchestra since 1987. With them he performed a wide range of symphonic and operatic repertoire. He recorded several discs including ‘Tour de France’ for which his ‘Daphnis and Chloé’ received critical acclaim.

Leon has a busy schedule as one of the Netherlands’ leading flute teachers giving masterclasses internationally, as well as coaching for orchestras such as the Dutch National Youth Orchestra and the Joven Orquesta Nacional de España. In 1998 Leon became a professor at the Fontys Hogeschool voor de Kunsten, previously having held a position at the Royal Conservatoire in The Hague.

He studied with Rien de Reede and Paul Verhey at the Royal Conservatoire in the Hague and received the Nicolai prize for an outstanding final recital upon graduating.

He continued his studies with Geoffrey Gilbert in Florida and took part in masterclasses by Trevor Wye and William Bennett. 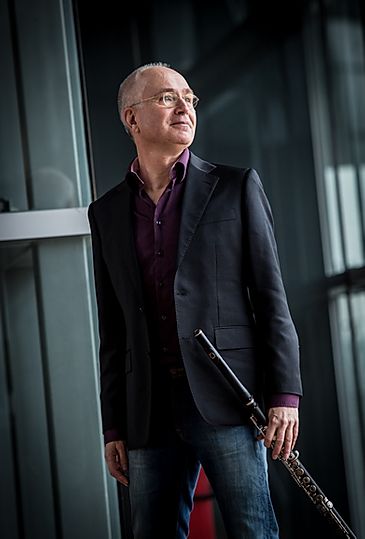