Jolente De Maeyer received her first violin lessons at the age of four. When she was 14 years old, Jolente was invited by Yehudi Menuhin to pursue her musical studies at the Yehudi Menuhin School near London. She continued her studies with Natasha Boyarsky at the Royal College of Music in London, Stephan Picard at the Hochschule für Musik Hanns Eisler in Berlin and Augustin Dumay at the Queen Elisabeth Music Chapel in Belgium. At the age of 6, Jolente started participating in several national and international competitions. That year she became the youngest ever laureate of the Jong Tenuto Competition and also received First Prizes in the Charles de Bériot Competition Brussels. Later on Jolente became a prizewinner in several international competitions like Cardona International Competition in Portugal, International Violin Competition Liana Issakadze in Russia (2004) and the Benjamin Britten International Violin competition in London (2005). She also became a semi-finalist in the Queen Elisabeth Competition in 2009.

In Belgium Jolente performs regularly in halls like Bozar, Flagey, the Elisabeth Hall, de Singel and the Roma and she participated in festivals such as the Festival van Vlaanderen, Festival de Montpellier and Menton. Furthermore, she has performed in countries such as Russia, France, Italy, Portugal, Croatia, The Netherlands, Spain, as well as in London's Wigmore Hall, Royal Albert Hall and at the Gstaad Menuhin Festival in Switzerland.

Since 2003, Jolente has formed a duo with pianist Nikolaas Kende. Together they formed the Rubensensemble in 2007. Jolente recorded the 6th Violinconcerto of Henri Vieuxtemps in 2010 with the Philharmonic Orchestra of Liège with Patrick Davin. This recording received the René Snepvangersprijs from the Belgian Music Press in 2011. In 2013 Jolente recorded de 2nd Violinconcerto of Saint Saëns with the Philharmonic Orchestra of Liège with Christian Arming. 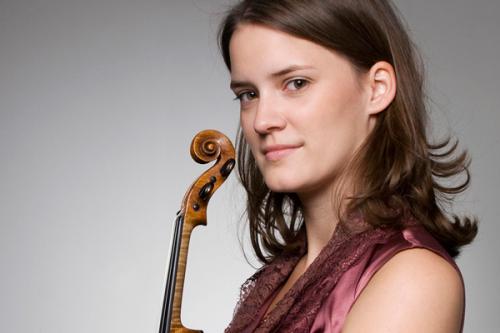