He perfected at Hans Rudolf Stalder in Basel (Switzerland), a specialist in authentic performance practice. Geert Baeckelandt collaborated on a number of projects in Germany and France with the old clarinet. For three years he was active as a solo clarinetist with the Music Chapel of the Guides. He then joined the New-Belgian Chamber Orchestra and the Chamber Orchestra I Fiamminghi and the Beethoven Academy. He is now a soloist with the Orkest der Lage Landen.

As a chamber musician he is a member of the Quintessens woodwind quintet, the Nota Bene ensemble and he performs recitals with pianists Paul Hermsen and Vladimir Sverdlov. He has made numerous CDs both as an orchestral musician, in chamber music and as a soloist. He was part of the Sinfonia Helvetica, an orchestra composed of international soloists in Switzerland. In 1988 he was awarded the title of Young Talent at the Flanders Festival. He has regularly performed as a soloist with Collegium Instrumentale Brugense, I Fiamminghi, Prima la Musica and the Beethoven Academy, including solo performances at the Tokyo Metropolitan Arts Centre (Japan). He is regularly invited as a substitute for the major symphonic orchestras such as the Philharmonic (Antwerp), the National Orchestra (Brussels) and the Brabant Orchestra (Eindhoven).

He is a teacher at the music academies in Tielt and Torhout in Belgium and at the Academy of Music and Performing Arts in Tilburg. He is also a lecturer at the Burg Freistritz Summer Music Course (Austria) and at the Académie internationale d'été de Wallonie in Libramont. 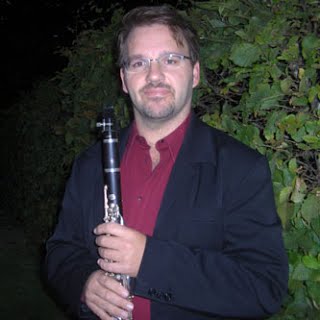