The conservative approach of history with dates, years and events hardly apply to my lessons. The stylistic period we labelled 'contemporary music' deals with music written from roughly 1900 until now. The fact that lot of music in this era is unheard material for many students makes it a fantastic subject to teach, and allow me to focus on developments, compositional techniques and above all a heightened awareness towards sound, timbres and technology. Calling music written in the last 10/15 years 'history' (as the title of the course suggests) forces us to redefine the term. This can only be done by relating it to music that we agree on being coined 'historical'. To - for example - understand the letter exchange between Rudolf Escher and Peter Schat, one also needs to understand the opposing sides in music’s great ideological battle between Johannes Brahms and Gustav Mahler.

Personally, as an active musician and composer myself, I feel a special relation to this type of questions. The awareness that (music) history is human-made creates an opportunity and responsibility to everyone involved in it. Not only historians or musicologists writing books, but also musicians are keeping the history alive. The creation of sound in the broadest sense is a contribution to the history of it.

Pioneering guitarist Aart Strootman (1987) throws a solid knock on the door of the music business of our times. His intellect and frank, fresh view on musical genres and styles justify a most prominent position in the music scene. His carreer started during highschool, when he received lessons from Dick Hoogeveen and Jorge Oraison at the Rotterdam conservatory. After secondary school he continued his studies in Tilburg with Hein Sanderink, obtaining his Bachelor's in Music cum laude in 2008. Subsequent studies with Marlon Titre, Elliott Fisk and Scott Tennant resulted in a cum laude Master's in Music with the highest grade (10/10) at Conservatory Fontys & Zuyd in 2010. At the same institute he graduated with a Master's in Music Theory and at the University of Utrecht he obtained a MA in Musicology. Since 2009 Aart Strootman teaches music history, (advanced) eartraining, analysis, philosophy and performance studies at the Fontys School of Arts in Tilburg. With percussionist Arnold Marinissen he is artistic leader of contemporary music ensemble F.C. Jongbloed. An ensemble commisioning new works by students composition from all over the Netherlands combined with material from the most recent music history. He is a member of a collective of composers programming the contemporary chamber music series De Link in Tilburg. In Strootman / Stadhouders, a duo with guitarist Bram Stadhouders, he plays music that blends improvised and minimal music. In 2012 he found minimalchamber-metal band TEMKO. Besides that he regularly plays guitar at ensemble Lunatree, Klang, StarGaze and played together with dance companies T.R.A.S.H. and Club Guy&Roni. In 2012 Aart Strootman was awarded “Brandstof” talent by the BKKC, followed the next two years by MuziekLab’s “New Arrivals”. In 2014 Aart was granted “Nieuwe maker” by the Dutch Fund of Performing Arts. With this support he follows masterclasses composition with Nik Bärtsch in Zürich, Steven Mackey at Princeton university and Georg Friedrich Haas at Columbia university. He has played solo with Britten Sinfonia, the Radio Orchestra of Hessischer Rundfunk and the New York Philharmonic. As a soloist he played recitals at the most diverse venues: from local museums to the Barbican Hall, from Amsterdam to Wellington. Most of these concerts are given on homemade instruments developed via elaborate collaborations with composers. An 8-string guitar was made for Steve Reich, a 5-string tabletop instrument for Anthony Fiumara and so forth. As a composer Aart is working for the theatre collective EELT and wrote music for numerous theatre plays. Also he wrote music for F.C. Jongbloed, DissonArt Ensemble, TEMKO, Ramon Lormans, Jacqueline Hamelink, Vincent van Amsterdam and many others. Notations he made for Lunapark, TEMKO and Wouter Snoei. 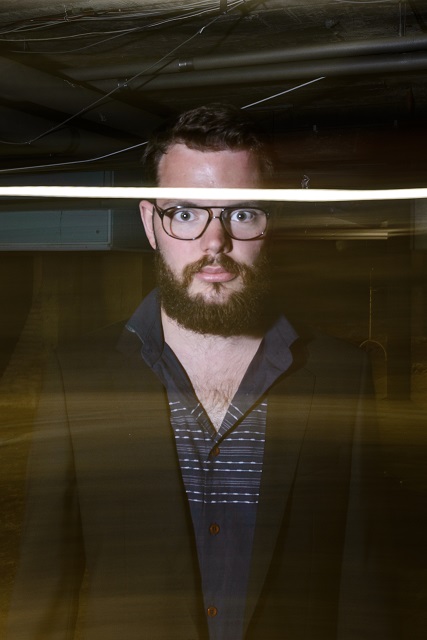