To become an interdisciplinary musician, I think it is very important to be able to be confident about your own possibilities. To know where you’re standing, being a musician, a creator, and to be able to communicate your ideas with others. Being a student, it is the ultimate time to dive into this development. As a teacher I would like to create an open and safe environment in which it is possible to get to know yourself as a violist, to pitch ideas, to try things out and therefore to grow. Developing your skills and sound on the viola is the very important fundament. Ofcourse we will look at technique and musicality through standard repertoire, but the viola repertoire has a lot more to offer than just that. Your input will be very much appreciated. Learning how to practice effectively will be a big part of our lessons as well.

Violist Lisa Eggen (1994) has been active as a versatile musician from an early age. She is known for her expressive, distinctive and communicative playing. As a laureate of several competitions Lisa got the possibility to perform at (inter)national concert halls, festivals, radio and television. For instance during a tour through the United States of America and Canada and multiple times during a live broadcast on Radio 4 while playing in the Spiegelzaal of the Concertgebouw in Amsterdam. Next to her performances as a soloist, she is very active as a chamber-musician. Amongst others, she has been a member of the Dostojevski Quartet for over five years, with which she studied at the Nederlandse Strijkkwartet Academie. Her love for 20th-century and contemporary music developed through playing regularly with Asko|Schönberg led by Reinbert de Leeuw and through collaborating multiple times with the DoelenKwartet. Over the last years she combined contemporary repertoire with other disciplines. For instance music theater, in collaboration with The Stolz Quartet, and opera, with the Dostojevski Quartet, during the Opera Forward Festival. Already from the start of her studies Lisa played in orchestra’s as a substitute, amongst others at PHION Orkest van Gelderland & Overijssel as sub-principal violist. In 2014 she was part of the European Union Youth Orchestra. During her studies with Nobuko Imai and Francien Schatborn at the Conservatory of Amsterdam, from which she graduated with high marks, Lisa also found her passion for teaching. Next to her viola masters, she followed extra subjects of the ‘Instrumental and Vocal Learning & Teaching’ masters at the Royal Conservatory of The Hague. Over the last years she developed her own teaching practice, in which she teaches both young beginners and advanced amateurs on viola and violin. The appointment as a viola professor at Fontys Academy of Music and Performance Arts is a longed for step in her development. 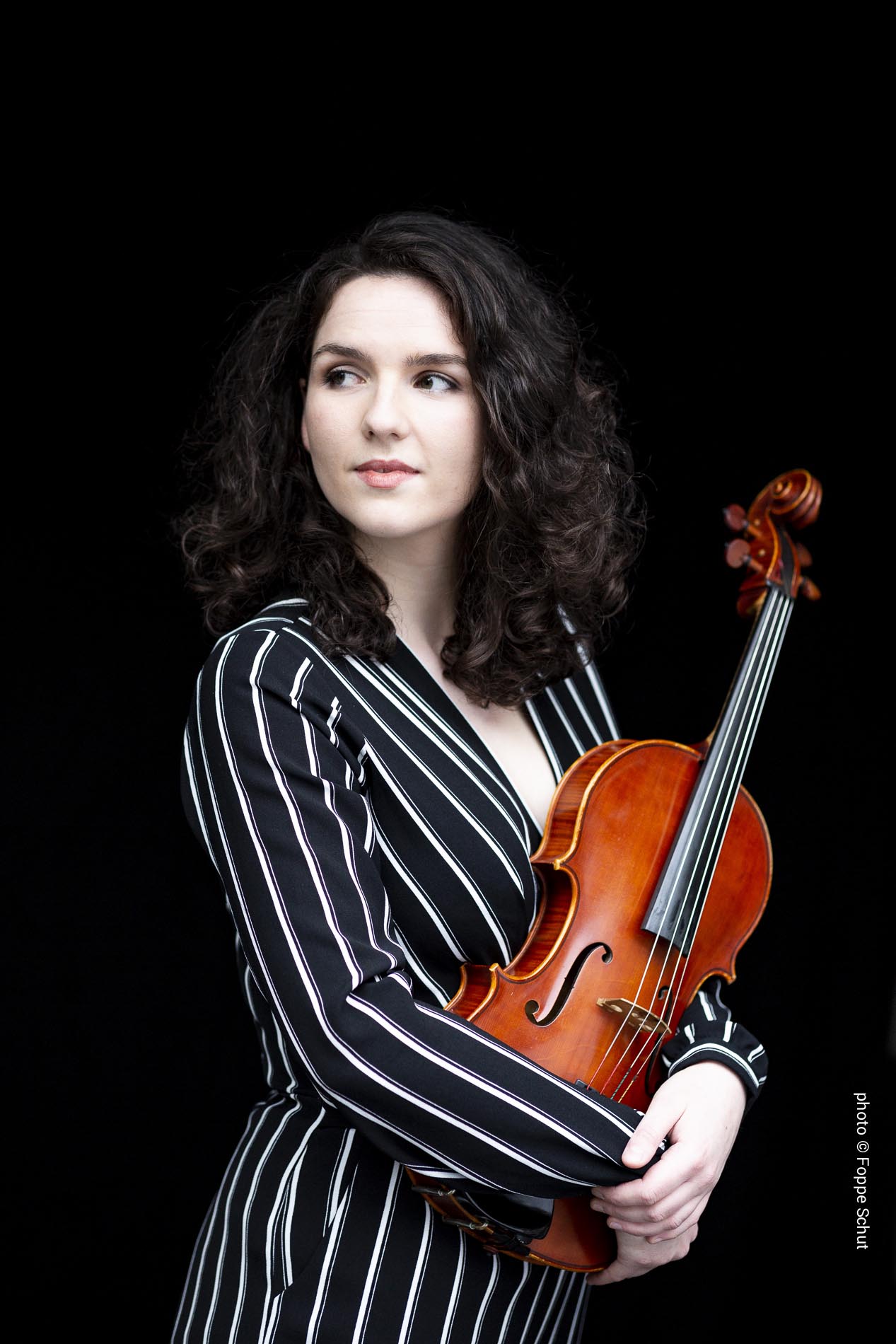