Alumni about this programme

Tus is a 21-year-old Thai student studying Industrial Engineering & Management at Fontys Eindhoven. Now in his last months of study, Tus is looking back at four years of knowledge and experience that will launch his future career and life in the Netherlands.

Being born and raised in South East Asia, Tus was motivated by his parents to pursue a highly praised degree. Towards the end of high school Tus came to the crossroads of life in choosing what to study. Wanting to combine the more technical subjects such as Mathematics and Physics with social-skills subjects, IE&M seemed like the right choice to him. He decided on Western Europe as the region of choice for its high education standards and after considering a few universities, the choice was made for Fontys University of Applied Sciences.

“The application process of Fontys was streamlined and smooth, and it clicked.”

In the first year, the focus was on getting introduced to and comfortable with my multicultural peers as well as getting to know the study better through the quarterly projects. I liked the difficulty level of all the subjects in the first year, where they are simple enough to grasp a basic understanding but also has a high knowledge ceiling if you are willing to put in more effort. The level of technical subjects is fine. You start in low gear and learn more later. The study also consists of soft-skill courses such as Change Management and Psychology which were modified to complement the technical courses perfectly.

In my second year, I was able to conduct two projects at external companies during each of the semesters, an advantage of Applied Sciences universities as they allowed me to experience what real-life situations are like. The first project was on devising and testing an improved aircraft turnaround procedure in conjunction with Eindhoven Airport. The second project was on analyzing the photonics industry and interviewing talents within Italy to identify their wants and needs in conjunction to Brainport Development’s talent attraction team.

The third year consists of a minor and an internship period. Through my experiences in the second year, I knew that my interests were specifically directed towards process and quality improvement, so I chose Operational Excellence (OPEX) as my minor. This Fontys minor dived into the Lean Six Sigma methods to reach wasteless processes in both theoretical situations and real life companies. Another big advantage is also the fact that this minor allowed me to become fully certified as a Lean Six Sigma Green Belt before I even graduate.

“OPEX was a great addition to the study for me.”

With OPEX in my pocket, it was easier for me to find an internship in the Brainport region of Eindhoven. I ended up with an internship with Signify, where I gained even more process improvement knowledge at a company with over 30.000 employees worldwide that make billions of Euros in revenue.

In my graduation year, you have a group project regarding strategy development at a real company during the first semester and then your graduation internship during the second semester. I’m in the second semester right now, where I am exploring the root causes of low submission rates of deliverables at ASML, the world leading supplier of semiconductor technologies. I’m enjoying the time I have here and it is thanks to the course structure of Fontys IE&M program that gave me this opportunity to begin with.

Right now, I am in the process of deciding between continuing with a Master’s program and specialize further or immediately starting my work career. This study puts me in an assured position to make a well-thoughtout choice for my future here in the Netherlands. I’m going to follow my feeling, just as I did at the beginning of my study here at Industrial Engineering & Management! 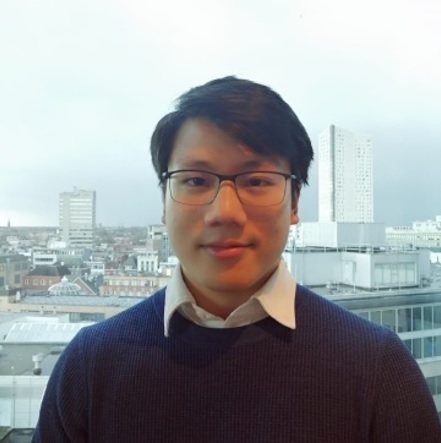 More about this programme