The Executive Board is responsible for realising the organisation’s mission, educational vision, strategy and objectives and for the ensuing results trajectory. Board members are appointed by the Supervisory Board for a period of four years. They may be reappointed after this duration. The Executive Board is made up of three people with a mutual division of tasks between horizontal and vertical portfolios. The members of the Executive Board are jointly and individually accountable to the Supervisory Board for the manner in which the duties are performed. 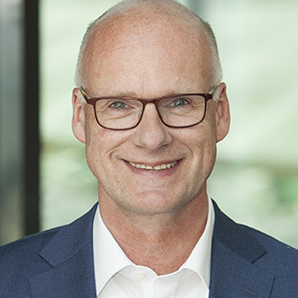 Joep Houterman
(acting chairman of the board)